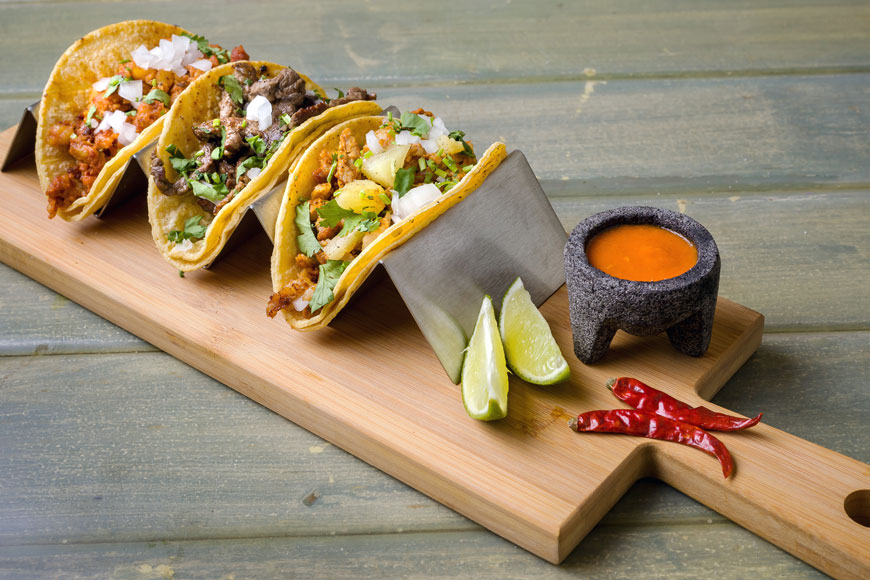 A love of cooking homemade Mexican foods has led to the fulfillment of a dream and a new restaurant downtown, Chilangos Mexican restaurant, owned by brother and sister team Abraham Ramos and Marlem Power, will be open for business this coming Monday in downtown Belleville.

Excitement for an authentic, fresh Mexican restaurant has been building since they announced, via Facebook, their restaurant was set to open this year.

The restaurant, at 394 Front St., features items like enchiladas, tacos, chile relleno (pablano peppers stuffed with cheese, covered in batter and simmered in tomato sauce), pambazo (hot sandwich filled with potatoes and chorizo sausage, dipped in salsa and grilled); tortilla soup and guacamole with homemade chips among other items.

“We know Canadians travel to Mexico, to Cancun to Riviera Maya and they know the food, they like it and they’re looking for a place to come and eat it here” said Ramos Thursday.

“It’s all about the freshness, authentic. The real stuff” said Ramos.

Their Mexican cooking was initially introduced to the Belleville community through the Waterfront and Ethnic Festival where they served up traditional tacos, tostadas and sopes for festival-goers.

“My dream has always been to open an establishment where people can come and enjoy authentic and fresh Mexican food. I love to cook” said Power.

Power says you won’t find chicken fingers or fries anywhere on the menu. Instead you’ll find dishes prepared from her family’s Mexican recipes passed down through generations.

She said Mexican food is very versatile for gluten free and vegetarian options and they plan to offer specials each week to introduce new dishes. They’re starting with a small menu with a selection of items before offering a more extensive menu in the future.

They’ve been working on their business plan for the restaurant for about three years. Last summer, the location at 394 Front St. became available and the pair jumped at the opportunity to claim the space, which has everything they need including a patio at the back which will open this summer. The space was formerly home to The Hot Dog Factory and has been completely transformed thanks to local designer Cindy Dow.

As the first phase of the city centre revitalization has been completed, Power and Ramos say they’re excited to be part of the downtown’s future.

“We want to be part of the development of the downtown. We want to bring people to this area” she said.
The word Chilangos means ‘people that come from Mexico City’ – a fitting name for the establishment as Power and Ramos were both born in the Mexican capital.

“It’s very important for me to say, as an immigrant, and we know the situation with immigration and refugees right now, we are immigrants but if you pursue your dreams you can achieve great things” she said.
Beginning Monday, Chilangos will be open from 11 a.m. to 8 p.m. Monday to Thursday and 11 a.m. to 9 p.m. Friday and Saturday. Closed Sunday.