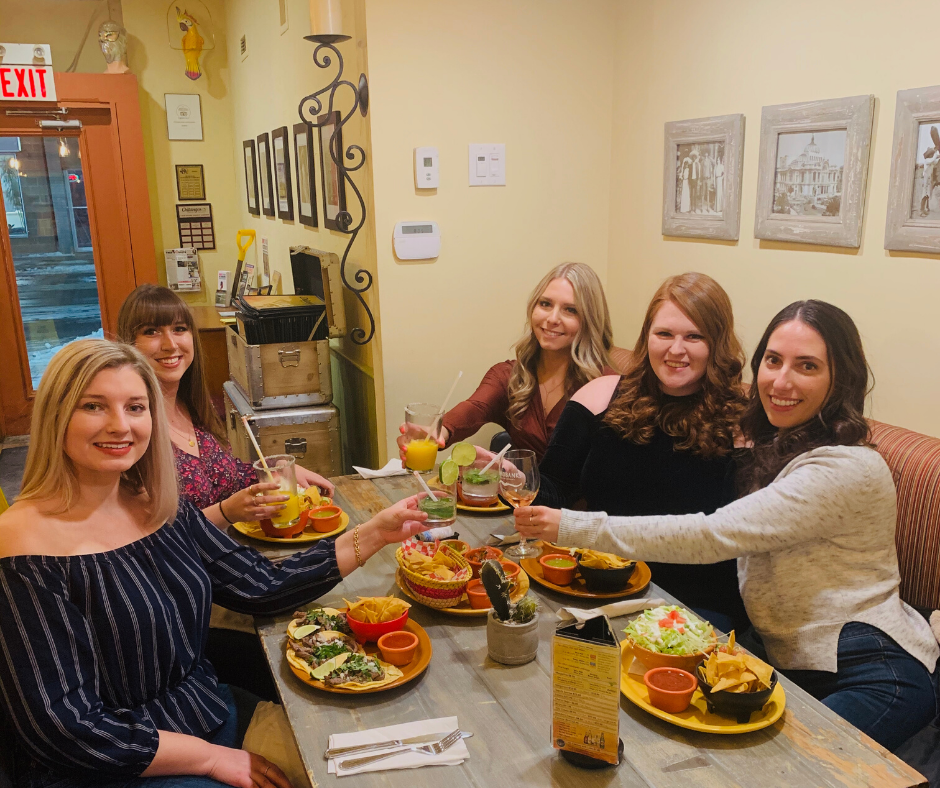 It is difficult to keep Mexican Food this great under wraps. Chilangos, meaning “people from Mexico City”, is a new Mexican restaurant in downtown Belleville and already has an impressive following of amigos or “friends” in Belleville.

The restaurant at 394 Front St. has been packed with eager customers since they opened this past week. Chilangos is owned by Abraham Ramos and Marlem Power, a brother and sister duo. In the future, they hope to expand ownership to include other family members still in Mexico City.

“Our parents are very proud and supportive of our business,” said Marlem Power.

Ramos and Power help to support their parents back in Mexico but hope to sponsor their immigration to Canada so their parents can see Chilangos in person.

Abraham Ramos and Graciela Serratos live in Mexico City with Ramos and Power’s sister, Myra Ramos. Their father is experiencing health problems which has delayed the rest of the family to join Ramos and Power in Canada. Their father is a minister in Mexico but had to take on many jobs on the side to support the family while they were growing up. Their mother was a strong woman who maintained the household by cleaning, cooking and raising the children.

Both Ramos and Power learned great work ethics and multitasking skills from their parents. They strongly believe that you can’t go anywhere without hard work and to “never forget your roots and never forget your parents,” said Marlem Power. Their hard work has paid off and they have stayed true to their roots.

Power came to Canada 16 years ago and has lived in Belleville for nine years with her husband and two children. She has been cooking in the food industry for seven years. Ramos joined Power in Belleville four years ago to start a life in Canada close to a family member.

Starting small, the duo cooked authentic Mexican food at the Waterfront and Ethnic Festival for five years. Each year they upgraded equipment to supply the high demand of customers during the festival. Their popularity grew every year so they decided last year to make the jump and upgrade from a tent to a restaurant.

While looking for a restaurant location, Ramos and Power only considered downtown Belleville. When people crave a meal they can’t make on their own, they look no further than the downtown area for dinner ideas.

To motivate each other, the duo would say “arriba, arriba” — meaning let’s go. That saying is not uncommon in the kitchen either. To say you get your food quickly at Chilangos is an understatement.

Customers who were lucky to arrive early enough to get a taste of the Mexican soup, Pozole, at the annual Savour the Chill event in downtown, were pleased with the flavour and excited for the opening of the restaurant. The soup was a hearty pork and hominy soup with lettuce, onions, oregano, radishes and lime.

“We have received a lot of support from family, friends and the Belleville community,” said Abraham Ramos, “and we hope to connect with people and gain more amigos.”

In addition to the opening of Chilangos, Belleville Downtown Improvement Area (BDIA) is welcoming more businesses joining the neighbourhood; AB Wedding and Events will be opening soon at 268 Front St., and Century Village Ltd. condominium development celebrated a launch party this week at the corner of Front and Bridge streets. Keep an eye open for other businesses that are coming to downtown including a pharmacy, a hairdresser, an innovative business sharing centre, a bike and coffee shop and an ice cream shop.

If you are interested in starting a business in downtown Belleville, and want to learn more, we encourage you to contact executive director, Erica Holgate at executivedirector@downtownbelleville.ca.